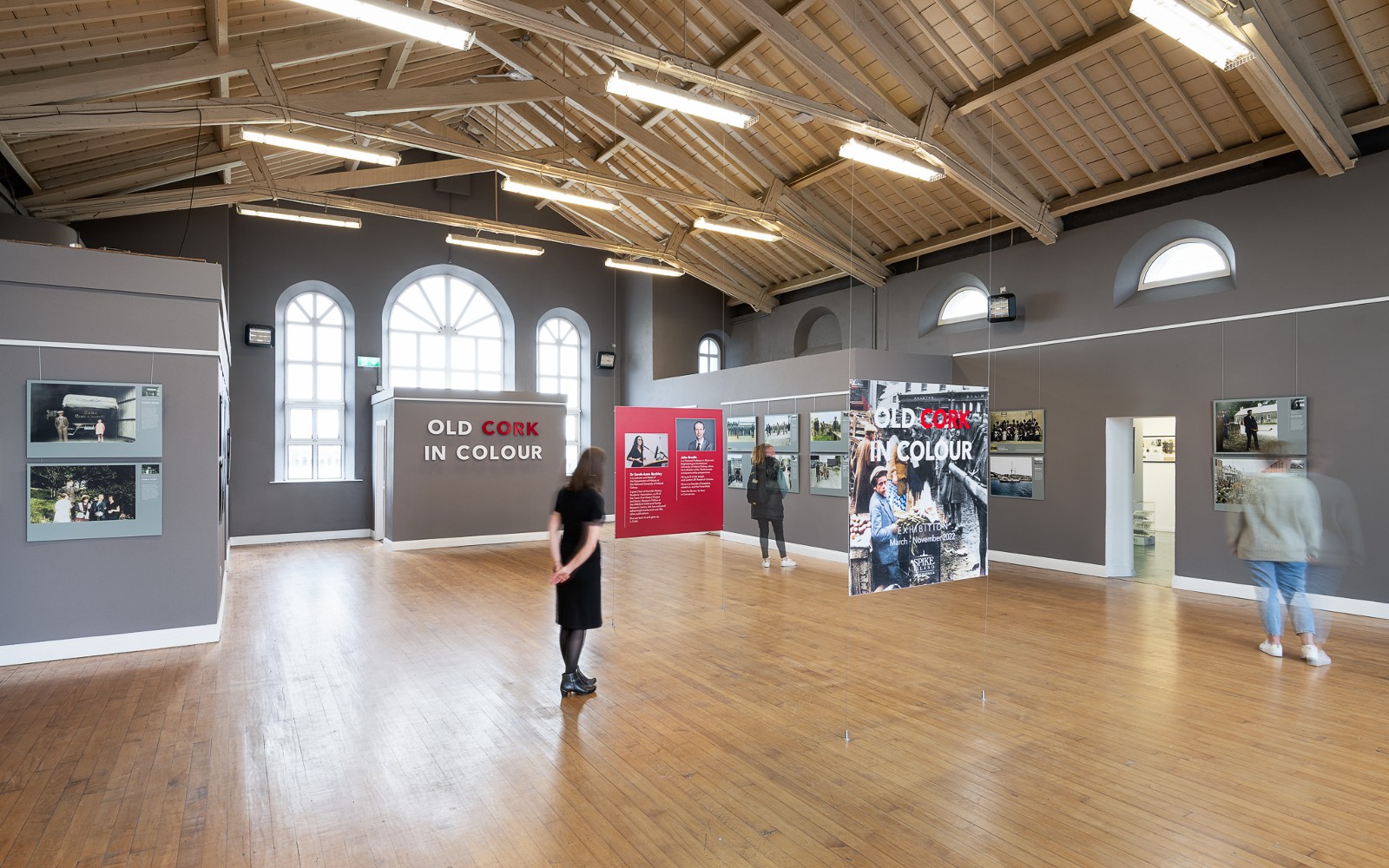 The Old Cork in Colour exhibition is the result of a collaboration between Spike Island and the authors of the hugely popular ‘Old Ireland in Colour’ books, Professor John Breslin and Dr Sarah-Anne Buckley.

The authors have used their digital and research skills to identify and colourise over thirty images from the city and county of Cork, many of them being colourised for the first time. There are ten images taken on Spike Island that showcase its rich past, as a military, penal and social space, while the remaining twenty images include areas like Cork City, Cobh, Kinsale, Bantry, Bandon and Cork Harbour.

John was able to make use of a computer-based “artificial intelligence” system called DeOldify that does an initial colourisation of a black and white photograph in a short period. After that, he manually colourises various aspects of the photograph in Photoshop to correct any incorrect colours—such as uniforms, eyes, hair, etc.—based on any records or research he or Sarah-Anne can find. For uniforms, John and Sarah-Anne contacted several uniform specialists in Ireland and the UK to find out about various shades of khaki, green, etc. for those British and Irish uniforms that he had colourised from around the WWI time frame. For eyes, hair, etc. he consulted portrait paintings, Ellis Island travel records, biographies, prison records, family members and any other relevant records where available.

“Often the details are unknown, so you must choose a colour that looks right or that seems to match the shade of grey in the original photo—there is a certain amount of interpretation here, but it is usually based on commonly worn colours, building materials, etc. from the period, statistics on eye colours in certain countries, and so on.”

The exhibition is on display in Mitchel Hall until November 2022.
Curated by Dorota Gubbins. 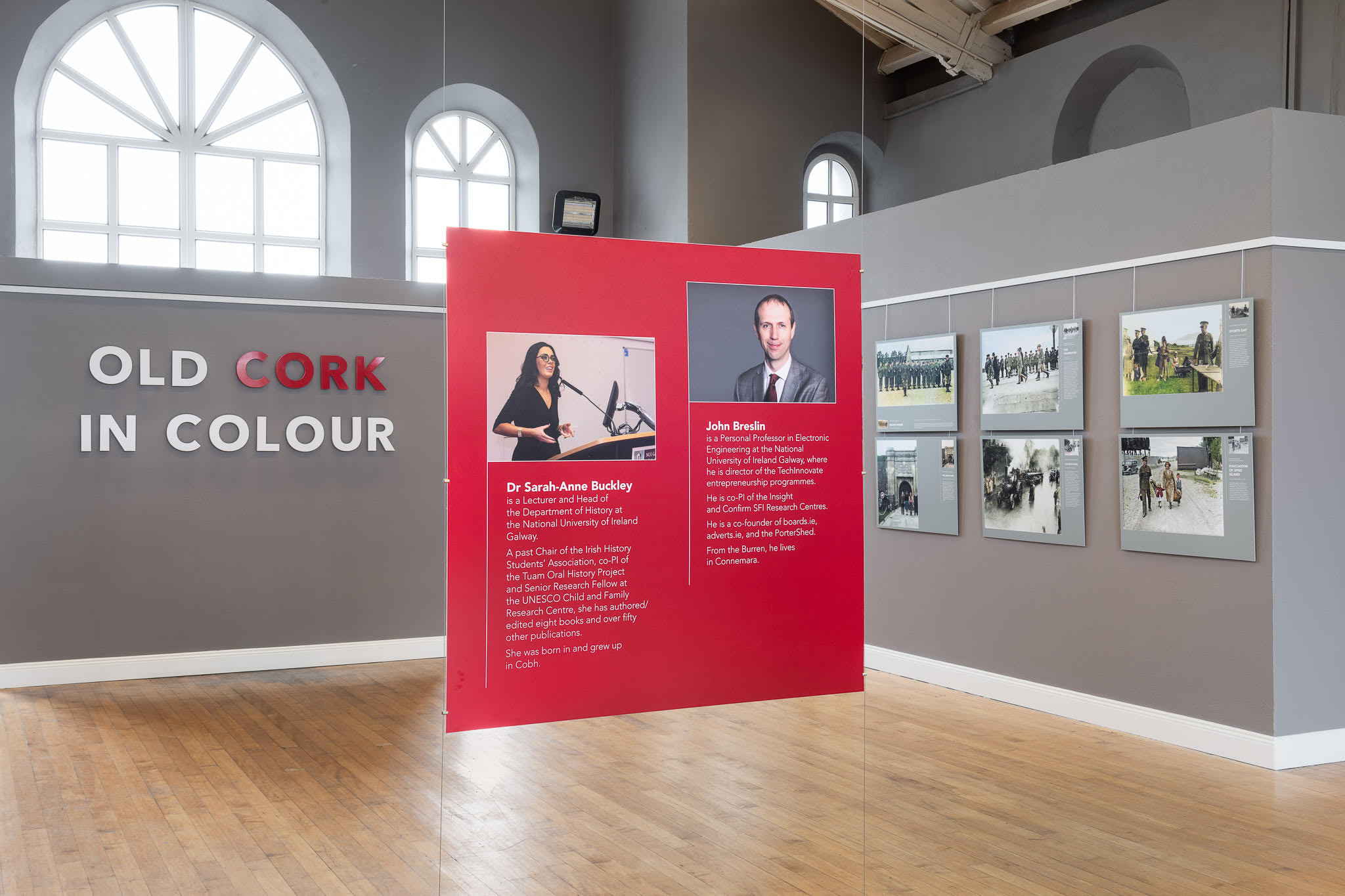 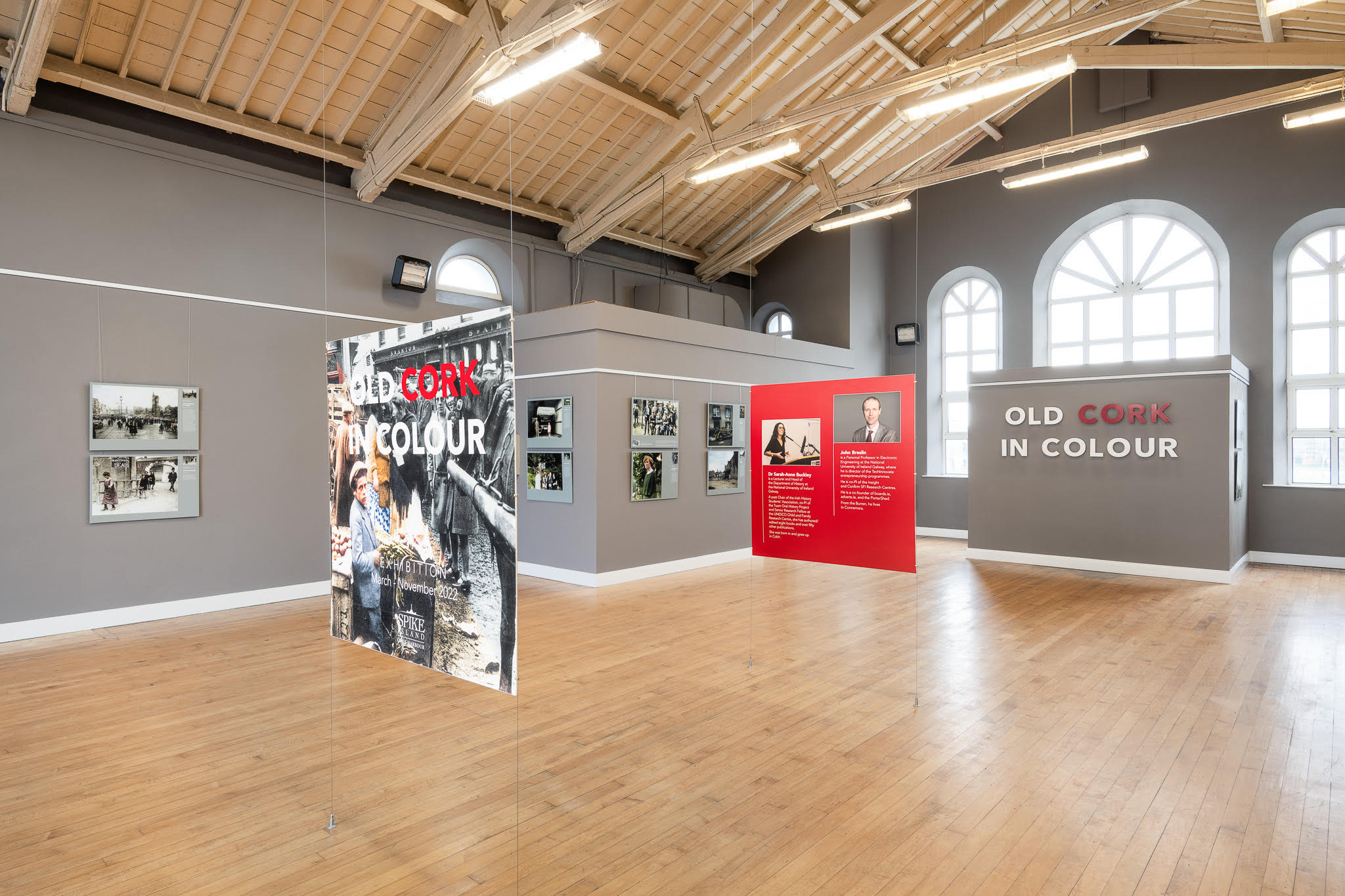 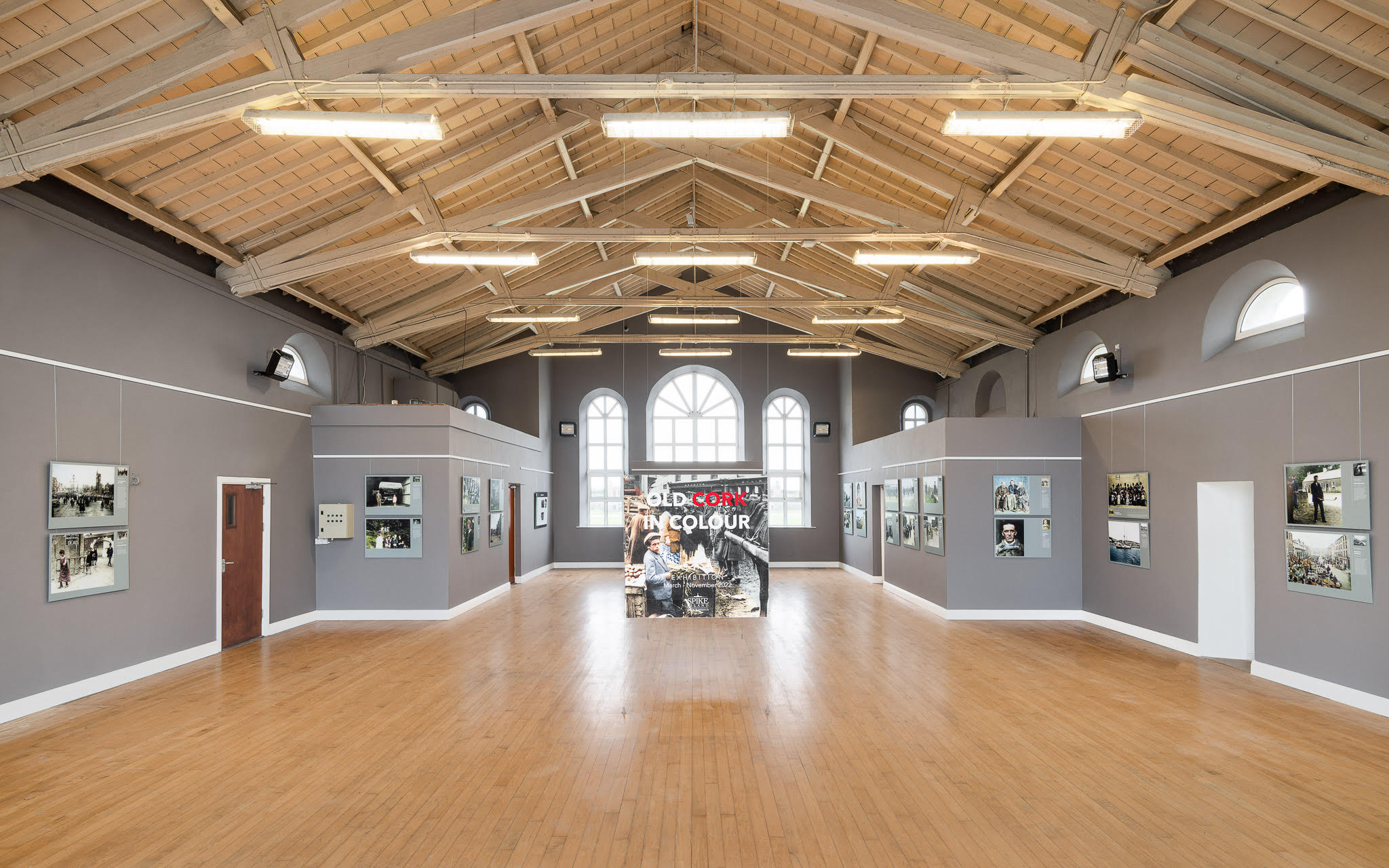 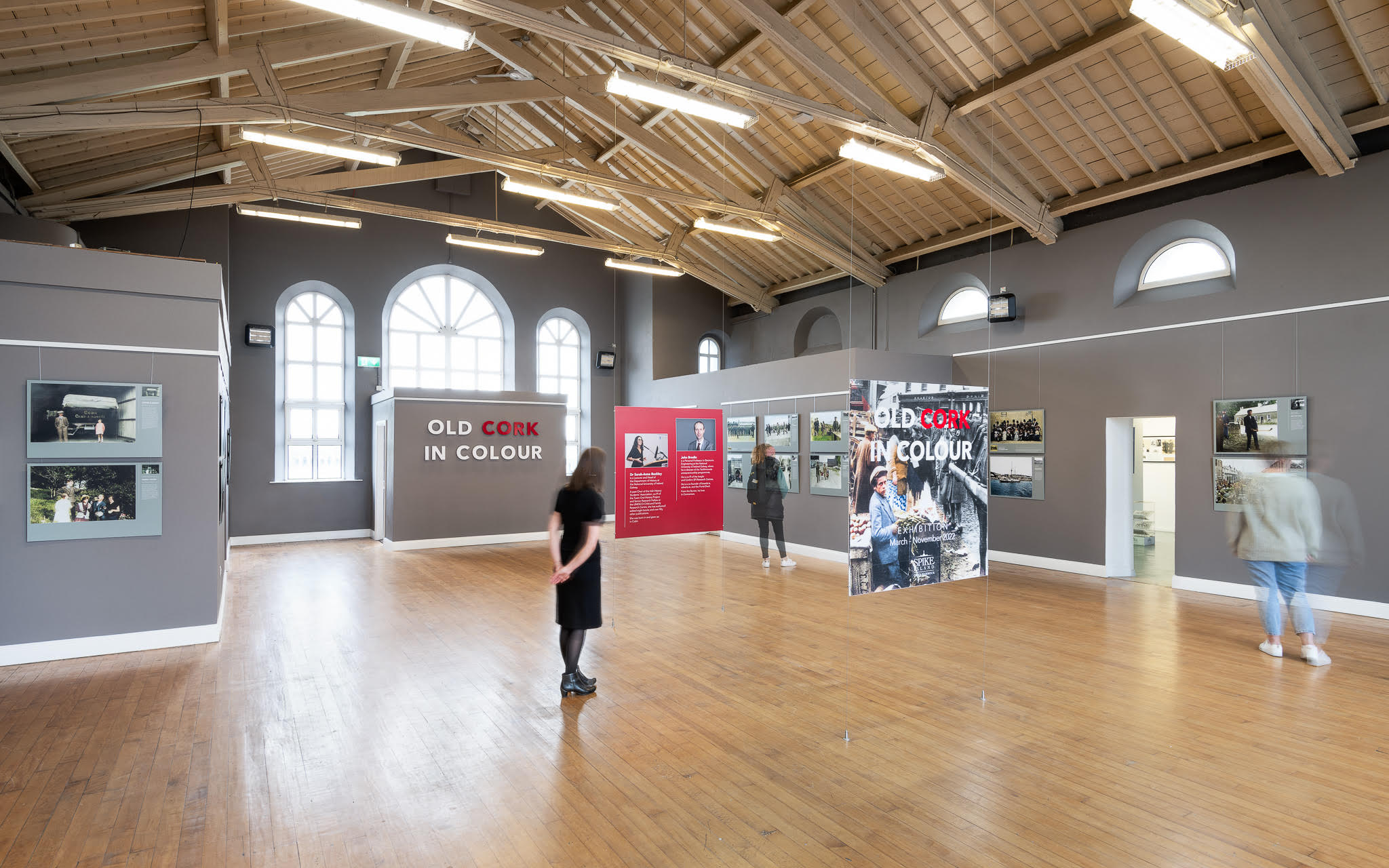