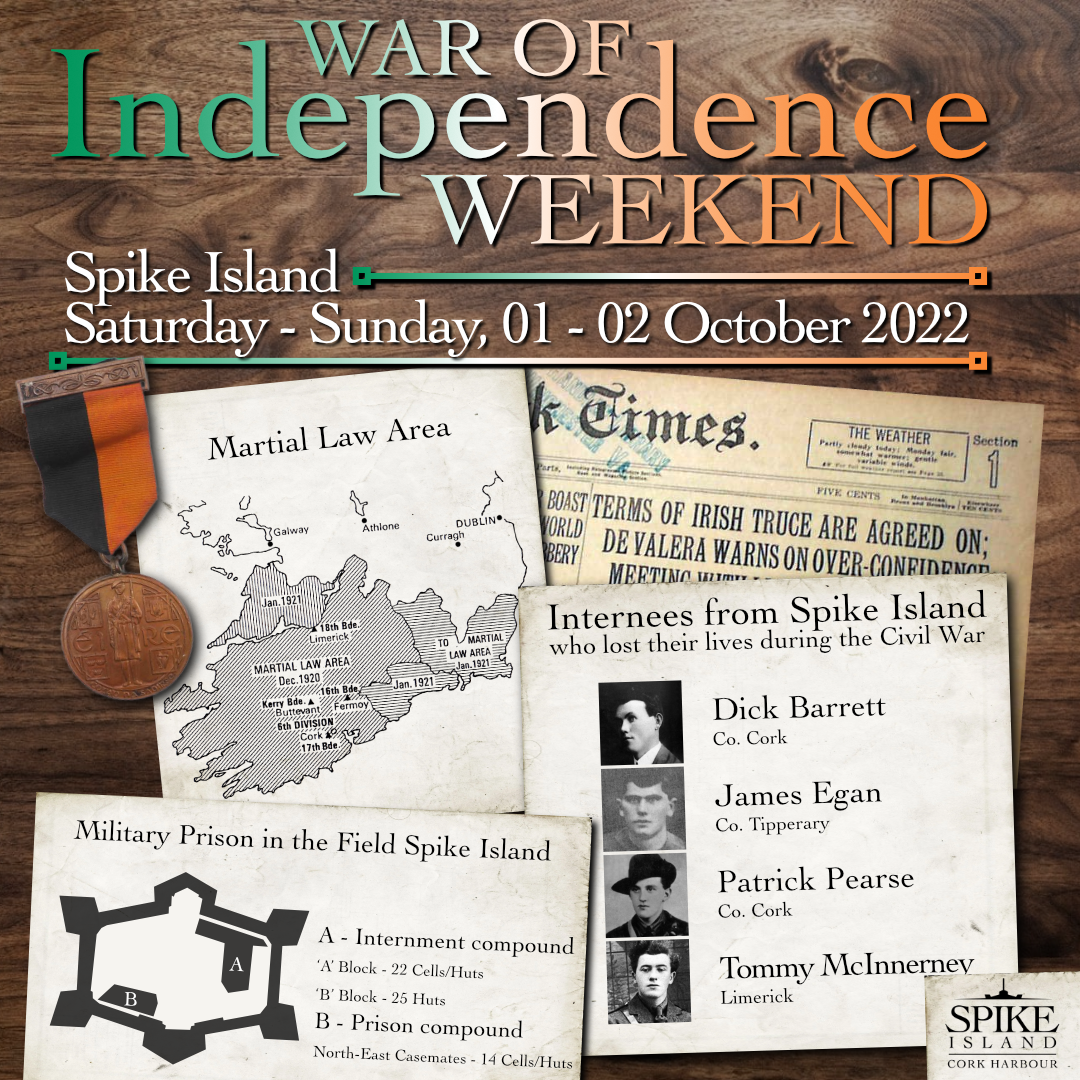 Our annual War of Independence weekend features re-enactors portraying the Irish Volunteers and Crown Forces, an original 1921 prison hut and an extensive display of firearms and weapons from the period.
At Mitchel Hall, there will be a fascinating exhibition of original artefacts, most notably a collection of belongings of James Butler and William Looby both of whom were internees on Spike Island in 1921 as well as a display of Irish Garda uniforms since 1922.

We will also present three short presentations on subjects such as the 1921 Military Prison in the Field, The Weapons of the War of Independence and The Cork Male Hunger Strikers of 1920.